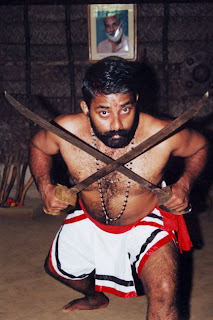 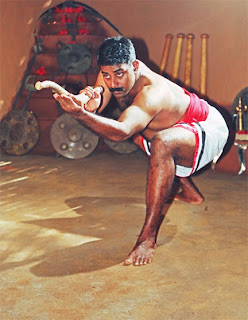 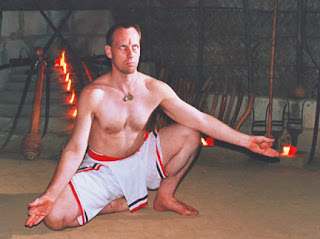 Acharya P.Vasudevan Gurukkal  started C V N Kalari at Kottayam way back in 1954.  C V N stands for C.V Narayanan Nair, an exponent of Kalaripayattu. He had devoted his entire life for the popularization of this exquisite art.
C V N  kollam kalari strictly follows the northern traditional style which is teaching by our  sivakumar gurukkal(son of vasudevan gurukkal).
Now under the strict guidance of sivakumar gurukkal , a lot of peoples are studying this great art including foreigners also. In the blessings of our gurukkal treatment, peoples getting relief from various diseases through ancient kalari treatment.
Kalarippayattu is the ancient martial art of India, it is said to be the mother of all martial arts and dates back some thousands of years.
Traditional masters of Kalari attribute Parasurama who is an incarnation of the supreme Lord, and the creator of the land of Kerela, instituted 108 Kalaries all over the land.
Some masters believe that the Kalari system originated out of the wrath of the lord Shiva while in his fury, to destroy Dakshayaga. Parasurama is surposed to have studied this art from him and and have handed it over to his 21 disciples in Kerala. Of the Kalarippayatt, the southern system offers the story that sage Agastya was the founder of the art.
Now C V N kalari in Kollam offering a great place to study kalaripayattu and yoga and also for the treatment of various diseases through ancient kalari treatment.
contacts:www.gurukkals.com
Mail:cvnkalarikollam@gmail.com
Posted by cvnkalarikollam at 10:27 PM No comments: